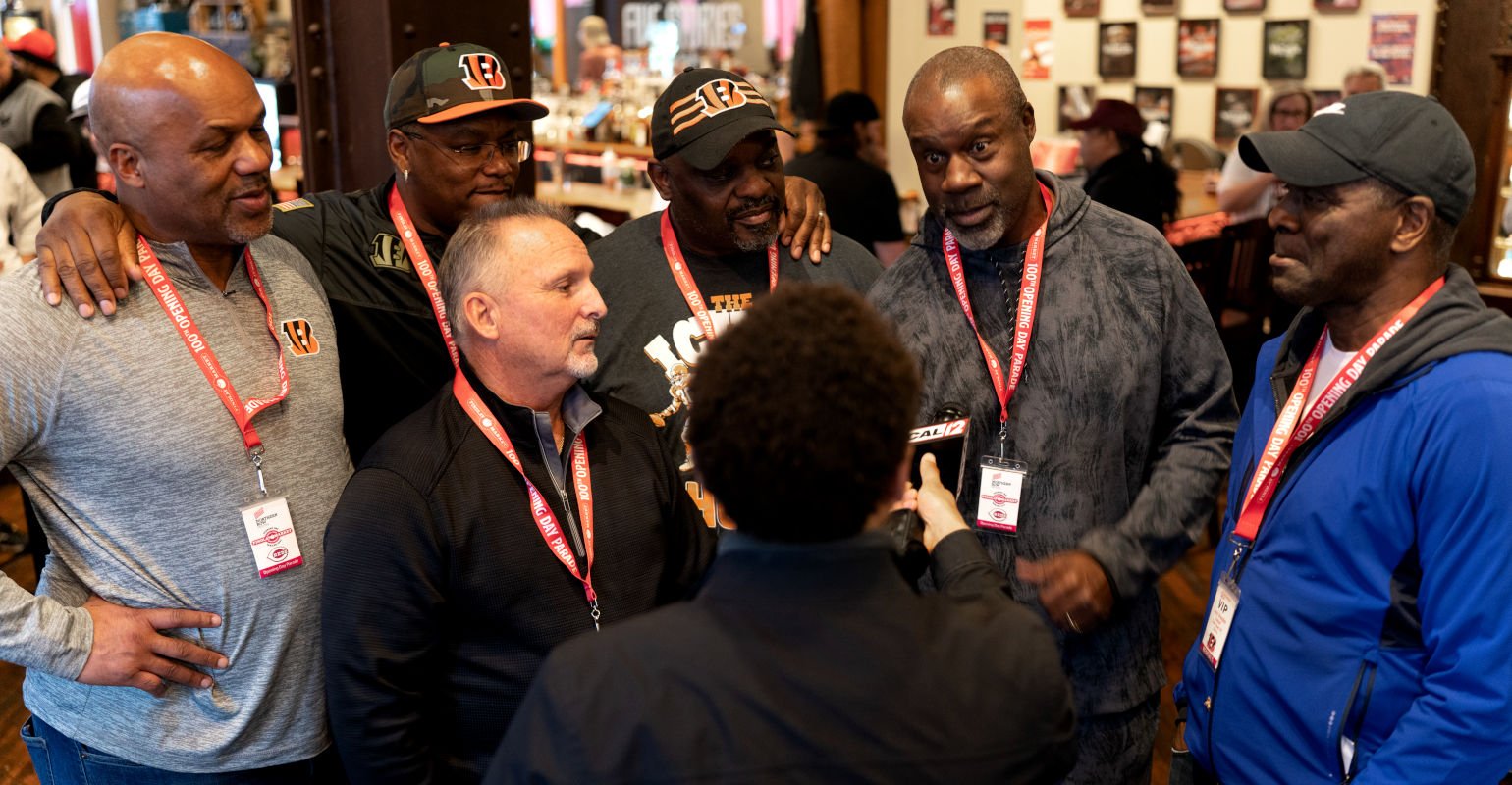 The Findlay Market/Opening Day Parade is now a two-day event. The Parade Committee is committed to bringing those members from or those that have been a part of the Cincinnati area that have made us cheer for their athletic skills, music and other forms of entertainment or heroics.  In doing so, we sometimes have to fly people in from around the country and put them up in hotels for a few days.  We decided to come up with an idea where we could show our appreciation to the Celebrities who join the parade and those that fund the travels of these Celebrities with an evening where they can meet each other and also get some exposure on local news stations.   Those in attendance are provided with some great drinks produced by a local brewery/distillery and fine food provided by the vendors of Findlay Market along with quality live music.  Prior to the 2022 Meet & Greet, Northern Row, which produces 5 Stories spirits, gave a tour of the distillery and then provided our VIPs the opportunity to bottle their own bottle of Gin.  Even those who do not partake in the consumption of these fine spirits, enjoyed having teammates and others sign their bottles.  This was a very fun event for all.  As can be seen in the photo gallery, everyone took pictures with everyone.  We also had two news stations come in to do interviews.  See Local 12's coverage.  At the end of the event, Smoothie King presented Ickey Woods with a $1,000 donation to the Jovante Woods Foundation.

The Special Guest list of those in attendance for the Meet and Greet included: